Get access to your free download of the smarterGerman (sG) Dialogue Technique which will help you to improve your everyday German speaking skills. If you like this approach or think your friends and classmates could enjoy their German learning more maybe because they feel stuck, simply share this page with them on FB, Instagram or Linkedin. Google+ is dead. Not sure why they kept that thing alive here. 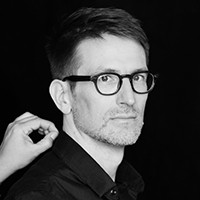 I had been teaching German in several language schools and countries for over 13 years before I got frustrated with the current system of teaching German. I never really questioned the system that is still used world wide by renowned institutions like the Goethe Institut or Berlitz and Inlingua. But once I stepped out of the system I could see clearly what went and still goes wrong and set out to fix it. This course is just the next step in the evolution of a new era of learning languages starting with German.

I have a Master's degree in German as a Foreign Language from the Technical University of Berlin and one in Turkish Studies from the Free University of Berlin. I've been working as a German tutor since 1999 and have worked with over a thousand people from almost every country of this planet. They were of all ages and classes, had all kinds of religious and political views and were at times more at times less talented to learn German. Overall I spent more than 10.000 hours of my life on teaching and learning languages.

German is my favorite language as I have a deep understanding of its logic and beauty which I'm trying to share with you in form of my online courses.

Don't worry. The PDF is completely FOR FREE. I just would like to know how many learners are working with the Dialogue Technique so that I can optimize my marketing and my spendings. Any cent I save and don't have to give to Google or Facebook will help me to keep the price for my paid courses low. Thank you for supporting my work. And I hope you will enjoy the fruits of my work of the last 20 years. May you become fluent in German soon. With or without sG.